Poverty Awareness Month – Who is commonly affected by homelessness?

Home > Poverty Awareness Month – Who is commonly affected by homelessness? 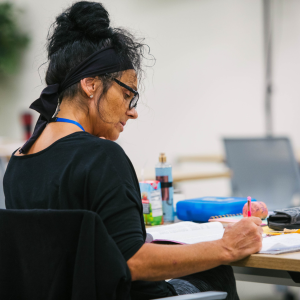 “Poverty and homelessness is not selective to a certain type of person – It can happen to anyone.”

They are real people who often have horror stories of trauma and abandonment. A better term to describe the homeless could be “relation less” rather than homeless. This situation could be your very own mothers, fathers, brothers, sisters, aunts, uncles, grandmothers, and grandfathers. You could be the person living in poverty after reeling from just one traumatic event in your life. Our hope and prayer is that everyone who walks through the doors of Gateway Mission sees their value and worth in Jesus Christ.

We were created to live in a community with relationships, not alone and isolated. Our lives are designed to be filled with people. People to love, people to honor, people to care for, people to laugh with, cry with, and simply be together. We clearly see this throughout scripture: “Carry each other’s burdens, and in this way you will fulfill the law of Christ.” (Gal 6:2) In God’s design from the beginning, God instructed His people to help others, take care of the poor, and be mindful of people in your community. Sadly, many people drift into isolation, believing the lie that they will be safer and happier when in reality it makes a situation much worse without these God-ordained relationships.

The benefits of community are a part of God’s design. Therefore, we should seek to cultivate a healthy Christian community that fulfills the design of being in a relationship with one another.

The common thread for most homeless individuals  on the street is that they have devastated families and past traumatic experiences that drove  them to isolation. The fear of people and shame is genuine among many of the homeless.  They have been wounded deeply and are very leery of engaging in any relationship. They  have a fear of being hurt again and therefore develop an ongoing learned pattern of perceived  safety in their isolation. When a person’s relationship with others becomes fractured, they either become self-centered or exploit and abuse others. Robert Lupton in his book Toxic Charity says it well:

Relationships built on need are seldom healthy. There is an implicit expectation (at least a hope) that the recipient will use that assistance to better himself. The  immediate predicament may pluck at one’s heartstrings, but if it persists, the tune in  time goes sour. No one wants to support irresponsibility. Or create dependency. Or feel used. Unless the victim of misfortune exerts honest effort to regain self-reliance,  the relationship between the helper and the one helped will deteriorate. At some point, accountability is required. The lack of full disclosure opens the door to  suspicion and mistrust. Communication becomes strained. The recipient feels  controlled by the strings attached by the giver, and the giver feels deceived by the  recipient’s lack of candor. The relationship eventually dissolves. Relationships built on need tend to be short-lived.

The consequences of a lack of community are tragic. Sometimes, desperation for relationships results in traumatic abuse (physical and sexual) and harmful relationships. Often the pain of being unwanted by anyone and the fear of being alone causes people to grasp any possibility of a relationship. Unfortunately, this perpetuates the cycle; they retreat to isolation when they are hurt. Without an attachment to anyone, they become scared, wounded, and alone and resort to survival mode. Survival mode is exclusively focused on preserving safety at all costs. The effects of being in survival mode push a person deeper into isolation as they hurt more people and destroy what few relationships they have left. We are created for belonging.  God has created us to belong to others and ultimately to Him. Nothing helps a person more than having a people and a place of belonging other than food and shelter. When we consider someone’s income level, family, job, or perceived security, they all pale compared to belonging in promoting sustained happiness. We long to belong and we strain to be accepted and valued – belonging results from both being known and loved. In Christ, we can find true belonging, for true belonging is being simultaneously fully known and fully loved. Ephesians 1:4-5, “Even before he made the world, God loved us and chose us in Christ to be holy and without fault in his eyes. God decided in advance to adopt us into his own family by bringing us to himself through Jesus Christ. This is what he wanted to do, and it gave him great pleasure.”

God has created us to belong – to belong to others and ultimately to Him. Therefore, we must emphasize this need to belong to those we come alongside. Ultimately, sharing the magnificence of belonging which comes through Jesus Christ.

“I didn’t realize that community was so important,” he says. Each Saturday night, Dennis spends time with his small group, sometimes having Bible Study or just playing games, but always having time together. They are like my family, he shares.” Dennis, Gateway Addictions and Discipleship Program Student

Robert D Lupton, Toxic Charity: How Churches and Charities Hurt Those They Help (and How to  Reverse It) (New York: HarperOne, 2012), 59.

This website uses cookies to improve and customize your browsing experience and for analytics and metrics about our visitors both on this website and other media.